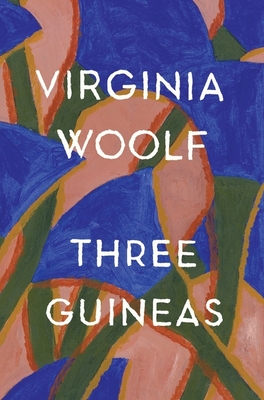 
Usually Ships in 1-5 Days
“Though we see the same world, we see it through different eyes.”

Setting out to answer the question “How are we to prevent war?” Virginia Woolf argues that the inequalities between women and men must first be addressed. Framing her arguments in the form of a letter, Woolf wittily ponders to whom—among the many who have requested it—she will donate a guinea. As she works out her reasons for which causes she will support, Woolf articulates a vision of peace and political culture as radical now as it was when first published on the eve of the Second World War. A founding text of cultural theory, Three Guineas can also help us understand the twenty-first-century realities of endless war justified by “unreal loyalties.”

“Witty, scornful, deeply serious…If you are a woman, or anti-war, or both, read it.”—The New Yorker
VIRGINIA WOOLF (1882–1941) was one of the major literary figures of the twentieth century. An admired literary critic, she authored many essays, letters, journals, and short stories in addition to her groundbreaking novels, including Mrs. Dalloway, To The Lighthouse, and Orlando.

“Woolf’s goal is not merely freedom and equality for race and sex and people; it is human civilization, a civilization which must be better, sounder, and surer than any we know. Toward so broad a purpose must we move if the human mind and spirit are to stand fearless in this world.”—The New York Times —