The Making of Gone With The Wind (Hardcover) 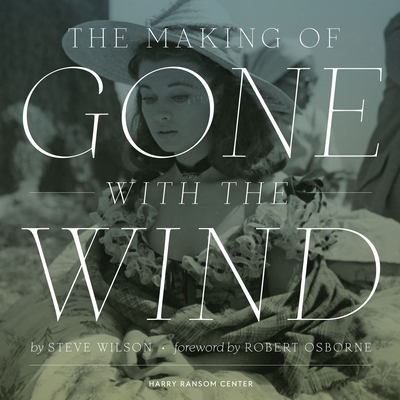 The Making of Gone With The Wind (Hardcover)

Gone With The Wind is one of the most popular movies of all time. To commemorate its seventy-fifth anniversary in 2014, The Making of Gone With The Wind presents more than 600 items from the archives of David O. Selznick, the film’s producer, and his business partner John Hay “Jock” Whitney, which are housed at the Harry Ransom Center at the University of Texas at Austin. These rarely seen materials, which are also being featured in a major 2014 exhibition at the Ransom Center, offer fans and film historians alike a must-have behind-the-camera view of the production of this classic.

Before a single frame of film was shot, Gone With The Wind was embroiled in controversy. There were serious concerns about how the film would depict race and violence in the Old South during the Civil War and Reconstruction. While Clark Gable was almost everyone’s choice to play Rhett Butler, there was no clear favorite for Scarlett O’Hara. And then there was the huge challenge of turning Margaret Mitchell’s Pulitzer Prize–winning epic into a manageable screenplay and producing it at a reasonable cost. The Making of Gone With The Wind tells these and other surprising stories with fascinating items from the Selznick archive, including on-set photographs, storyboards, correspondence and fan mail, production records, audition footage, gowns worn by Vivien Leigh as Scarlett, and Selznick’s own notoriously detailed memos.

This inside view of the decisions and creative choices that shaped the production reaffirm that Gone With The Wind is perhaps the quintessential film of Hollywood’s Golden Age and illustrate why it remains influential and controversial decades after it was released.

Steve Wilson is the curator of the film collection at the Harry Ransom Center at the University of Texas at Austin. He has curated several exhibitions at the Ransom Center, including Shooting Stars, a display of Hollywood glamour photography, and Making Movies, a major exhibition on film production.