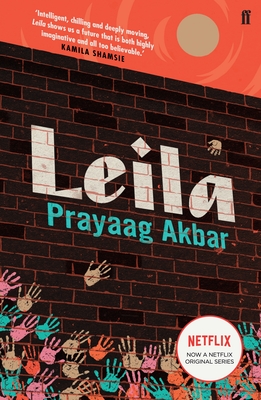 
Usually Ships in 1-5 Days
Netflix series coming in June 2019
Perfect for fans of The Handmaid's Tale Shalini will never forget her daughter Leila's third birthday party: it was the last time she saw her alive. Sixteen years have passed and Shalini's life is unrecognizable. Her husband gone: beaten and dragged from their home the night Leila disappeared. Shalini, once privileged, is now disgraced. She trawls the streets desperate to discover where Leila now lives - if she lives at all. In this repressive state, where tradition and purity are valued above all, those outside the city walls - forced to live in filth and oppressive heat - are less than nothing. But can Shalini find a way back in? Will she see Leila again?

Prayaag Akbar was born in Calcutta in 1982. He studied economics at Dartmouth College and comparative politics at the London School of Economics, and spent a year at Routledge, UK as a publicity assistant. He has been an editor at scroll.in and the Sunday Guardian and a reporter with Outlook magazine. His award-winning reports and commentary have examined various aspects of marginalization in India. His work has appeared in Caravan, The Cricket Monthly, Mint, Indian Express and India Today, among others. He lives in Bombay with his wife and their cat and tweets under @unessentialist.