Sitting Bull: The Life and Times of an American Patriot (Paperback) 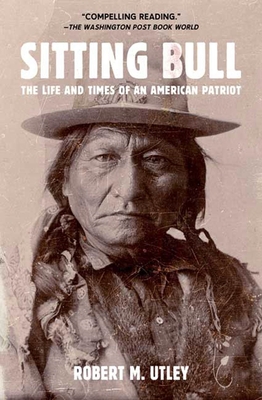 Sitting Bull: The Life and Times of an American Patriot (Paperback)

The definitive, New York Times Notable Book and Spur Award–winning biography of the legendary chief and his dramatic role in the history of westward expansion

Reviled by the United States government as a troublemaker and a coward, revered by his people as a great warrior chief, Sitting Bull has long been one of the most fascinating and misunderstood figures in American history. Distinguished historian Robert M. Utley has forged a compelling portrait of Sitting Bull, presenting the Lakota perspective for the first time and rendering the most unbiased, historically accurate, and vivid portrait of the man to date.

The Sitting Bull who emerges in this fast-paced narrative is a complex, towering figure: a great warrior whose skill and bravery in battle were unparalleled; the spiritual leader of his people; a dignified but ultimately tragically stubborn defender of the traditional ways against the steadfast and unwelcome encroachment of the white man.

Robert M. Utley, a former chief historian of the National Park Service, specializes in the history of the American West and is the author of many distinguished works of history and biography, among them Sitting Bull: The Life and Times of an American Patriot. He lives in Georgetown, Texas.