Till the Wheels Fall Off (Paperback) 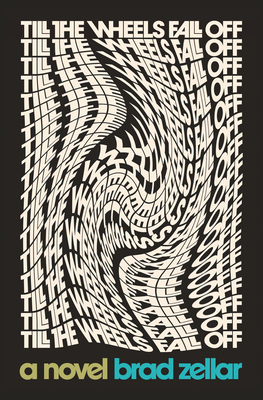 Till the Wheels Fall Off (Paperback)

From roller rinks and record players to coin-operated condom dispensers and small-town mobsters, Till the Wheels Fall Off is a novel about an unconventional childhood among the pleasures and privations of the pre-digital era.

It's the late 1980s, and Matthew Carnap is awake most nights, afflicted by a potent combination of insomnia and undiagnosed ADHD. Sometimes he gazes out his bedroom window into the dark; sometimes he wanders the streets of his small southern Minnesota town. But more often than not, he crosses the hall into his stepfather Russ's roller rink to spend the sleepless hours lost in music. Russ's record collection is as eclectic as it is extensive, and he and Matthew bond over discovering new tunes and spinning perfect skate mixes. Then Matthew's mother divorces Russ; they move; the roller rink closes; the twenty-first century arrives. Years later, an isolated, restless Matthew moves back to his hometown. From an unusual apartment in the pressbox of the high school football stadium, he searches his memories, looking for something that might reconnect him with Russ.

Brad Zellar has worked as a writer and editor for daily and weekly newspapers, as well as for regional and national magazines. A former senior editor at City Pages, The Rake, and Utne Reader, Zellar is also the author of Suburban World: The Norling Photos, Conductors of the Moving World, House of Coates, and Driftless. He has frequently collaborated with the photographer Alec Soth, and together they produced seven editions of The LBM Dispatch, chronicling American community life in the twenty-first century. Zellar's work has been featured in the New York Times Magazine, The Believer, Paris Review, Vice, Guernica, Aperture, and Russian Esquire. He spent fifteen years working in bookstores and was a co-owner of Rag & Bone Books in Minneapolis. He currently lives in Saint Paul.