The Tears of Buddha (Hardcover) 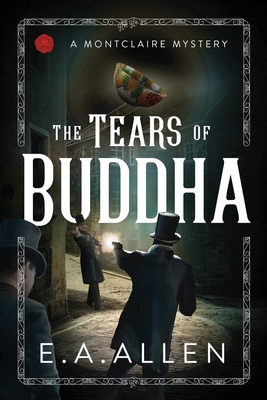 The Tears of Buddha (Hardcover)


Backordered
Marie-Claire Bernard was the widow of a national hero and the daughter of a wealthy, politically powerful family and her murder threatened domestic consequences for the French Government. Eager to avoid uproar in the press, the Minister of Justice summons Gérard de Montclaire—the most renowned detective of the era—to assume a familiar role. Examining Magistrate, with sweeping powers to find and prosecute the killer. Montclaire soon learns that Marie-Claire was in possession of three rare and priceless porcelain bowls of the Tang Dynasty. The legendary bowls—called The Tears of Buddha—are now missing. A motive for murder?
E.A. Allen is a History Professor, cattle farmer, and retired CIA intelligence officer. When he’s not out chasing staying cows that have no respect for fences, or tracking-down undergraduates who have no respect for assignment deadlines, he’s at his desk, writing mysteries in the great tradition of Sir Arthur Conan Doyle, Agatha Christie, and Dorothy L. Sayers.
Critical Praise for E. A. Allen and the Montclaire Mysteries:

“Watch out Sherlock Holmes. Gérard de Montclaire is on the case! . . . the French detective and his English 'Watson,' Sir Francis FitzMaurice, tackle murder, intrigue, and nefarious plot . . . tracking down clues with panache and derring-do.” —Kathy Lynn Emerson, winner of both the Anthony and Agatha Awards, and Author of the Face Down Mystery Series