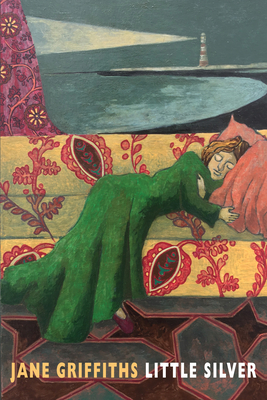 
Usually Ships in 1-5 Days
A poetry collection on inheritance, loss, and the relationship between real and imagined lives.

In Little Silver, moments of crisis - a near-drowning, a fall down a mine-shaft, the death of a friend - prompt reflection on the stories 'we tell ourselves about our / selves', and on the sheer strangeness of existing in our bodies and in time. The book's title sequence responds to the recent demolition of Jane Griffiths' childhood home, whose absence appears as 'a little silvering between the trees'. Setting its absence against the memory of 'Little Silver', a small enclave of houses in Exeter that she passed on the way home from school (and whose name fascinated her), she considers the gap between the two as the space of the imagination: the origins of her writing.

Other poems centre on the theme of childlessness and the relationship between that and other kinds of making; a sequence centred on conversations between an artist and her imaginary children concludes when the daughter asks 'So if we existed the tree could stand alone?' The emphasis in these poems is on inventiveness and endeavour, on lifelines and human traces.

Jane Griffiths was born in Exeter in 1970, and brought up in Holland and Devon. She teaches at Wadham College, Oxford, and is literary editor of the Oxford Magazine. She won an Eric Gregory Award for her poetry in 1996. Her book Another Country: New & Selected Poems (2008), was shortlisted for the Forward Prize for Best Collection. Her later collections from Bloodaxe are Terrestrial Variations (2012), Silent in Finisterre (2017), a Poetry Book Society Recommendation, and Little Silver (2022).